Join Us in June!


All this month, we will be sharing the value of the Orange County Historical Society and the reasons why we need your support!

We're calling it our June Jubilee, as an homage to the ladies of Orange who raised money to place a fountain in the Plaza back in 1887. That year, the June Jubilee featured all kinds of events, including a play "The Plaza: A Local Drama in Five Acts"which raised money not only for the fountain but supported the local library as well.

In this podcast, we ask for your support.  To make the case, we have included a portion of the late Phil Brigandi's last speech for the Orange County Historical Society. His final words to us express our mission perfectly... We hope you will join us in the preservation of our local history.


Listen to The Podcast Episode Here
Posted by Ellen Bell at 11:28 AM No comments: 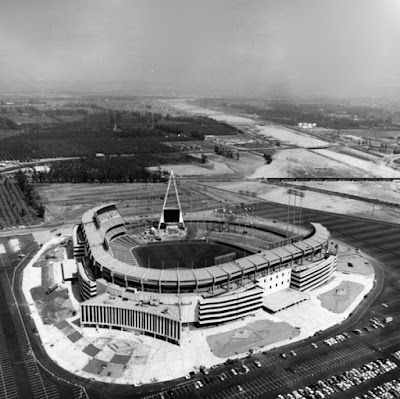 The Covid-19 Pandemic may have stalled the 2020 season, but that doesn't prevent us from talking about baseball!

When people think of baseball and Orange County, they usually mention the Angels... But Orange County has a rich baseball heritage that goes back to the late 1880's more than 100 years before the Halos came to Anaheim.
In this episode, Ellen Bell talks baseball history with Chris Epting, author of Baseball in Orange County. Epting shares how Hall of Fame legends, Walter Johnson, Joe DiMaggio, Connie Mack and even Babe Ruth are all part of the Orange County baseball story.

Click Here to Hear the Podcast
Posted by Ellen Bell at 1:43 PM No comments: 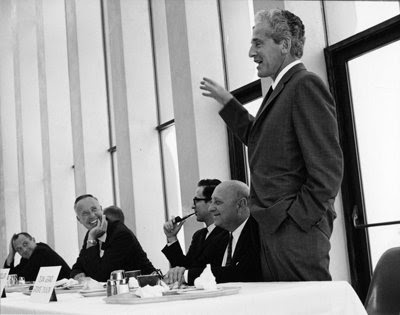 Pereira was the visionary architect and catalyst that brought the university to the Irvine Ranch and was the creator of the first master plan for the city that would follow.

In this episode, Ellen Bell chats with Alan Hess, architect, author and historian, about Pereira's vision for the campus and how this master plan has come to fruition. Hess is a champion of architectural preservation and is a member of the Board of Directors of Preserve Orange County. 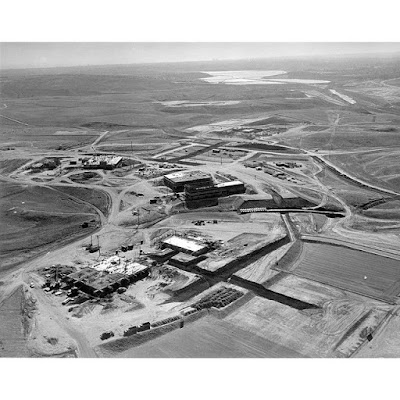 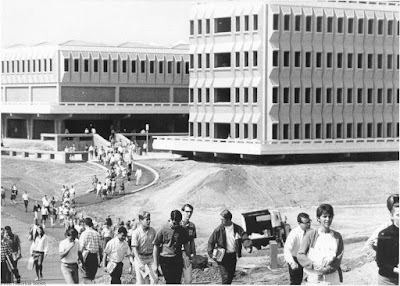 Posted by Ellen Bell at 9:53 AM No comments: 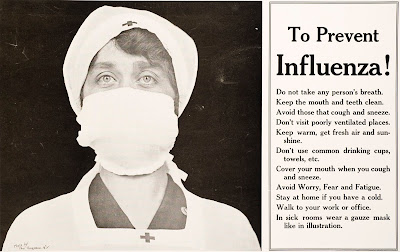 We at the OCHS are used to studying history. Today, we find ourselves right smack dab in the middle of it.

The Covid-19 Pandemic and subsequent quarantine is changing the world as we know it. All around us, people are adapting to this new "normal," and we at the Orange County Historical Society are no exception.

In an effort to stay in touch with our members and to continue our mission of sharing local history with the community, we are launching this podcast - Vintage Orange.

Each episode will feature discussion of local history with the experts; authors, historians, and first-person witnesses. The first episodes will be former interviews from an earlier radio program on KUCI 88.9FM;  the UC Irvine station. In time, we will be recording new content as well to keep things current.

We hope you take a moment and listen...what else do you have to do right now? 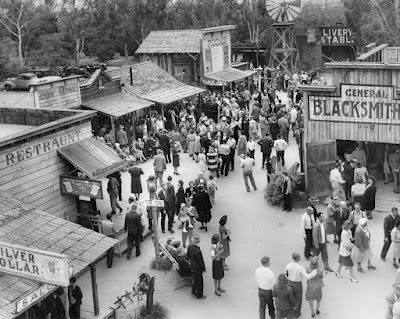 Welcome to our very first OCHS podcast on Vintage Orange. It is fitting that our first interview be with one of the very best : Phil Brigandi. Phil's untimely passing in December of 2019 has been an incalculable loss for Orange County history lovers and we miss him dearly. Hopefully, hearing Phil's signature voice will be a happy reminder.

In 2016, I spoke with Phil about the 75th Anniversary of Knott's Berry Farm's Ghost Town attraction. It was one of his favorite topics....enjoy and please stay tuned for more podcasts in the future!

Click Here to Listen to the Podcast Episode!
Posted by Ellen Bell at 10:40 AM No comments: 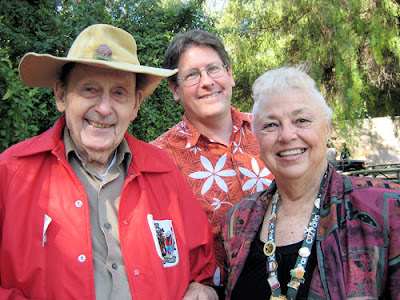 Last week, the Orange County history community lost one of the very best, as author and historian Phil Brigandi passed away on Thursday, Dec 12. The shock of his sudden passing has left his friends and colleagues struggling to make meaning of such a devastating loss. This is my humble attempt.

Phil Brigandi was a history geek.

I say this with a heart full of great respect and admiration. No one knew Orange County history better. No one. He wrote thirty books, gave countless speeches and when you had a question, he was finer than any internet browser.

In this era of virtual friends and online meetings, Phil was a refreshing throwback to a simpler time. He preferred to do things as his mentors did, with solid research methods and disciplined attention to detail. To Phil, the facts were the foundation, but the beauty was in the stories they told.

Phil was a master storyteller. He spoke in a relaxed, folksy tone with a voice you’d expect to hear on a 1930’s radio broadcast. Anyone who says that history is boring has never heard Phil Brigandi present it. He could captivate an audience for an hour with limited notes and no pesky “new-fangled” power-point presentation to get in the way of a good tale.

He was a gentleman and, most definitely, a scholar. I was always happy to see him walk in the room because I knew I would learn something. When I started to give local history talks myself and Phil would walk in, nervous butterflies would kick in because I knew I’d have to be on top of my game. I soon learned that he was there as an encouraging supporter, not a nit-picking critic.
Seeing Phil at my talks became a great comfort, because I knew that if I couldn’t answer a question, I could happily defer to him and he would modestly tell them all they needed to know.

Phil Brigandi was the heir apparent to a long line of local historians who have preserved the history of Orange County for over a century. That is exactly how I like to imagine him now; in a lively, discussion with Sleeper and Stevenson, Meadows and Pleasants, Armor, Cramer and Friis. His membership in that heavenly fraternity is fitting but comes way too soon.

Those of us who are left behind lament the unwritten words, the unspoken speeches and the unfinished research projects that were still percolating inside of him. The loss is immeasurable, but the blessing was greater. We were so very lucky to have known him and to have been the grateful beneficiaries of what he loved to share.

More than most professions, local historians stand firmly on the shoulders of the scholars who went before them. This is certainly true in Orange County, where connections from historian to historian take us back more than a century. I am honored to be a link in that chain, and so want to share something of the story of the men and women who have done so much to preserve our local history. All books make more sense when you know something about the author.
--Phil Brigandi 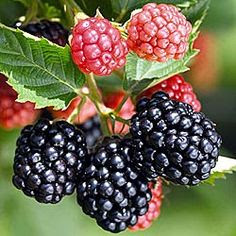 Knott's Berry Farm is still celebrating its Boysenberry Festival...what better time to learn more about one of Orange County's most famous local exports and the unique story of Rudy Boysen's creation?

Tune in to hear a rebroadcast of my conversation with Chris Jepsen about Buena Park's famous fruit. 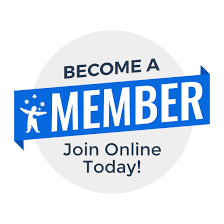